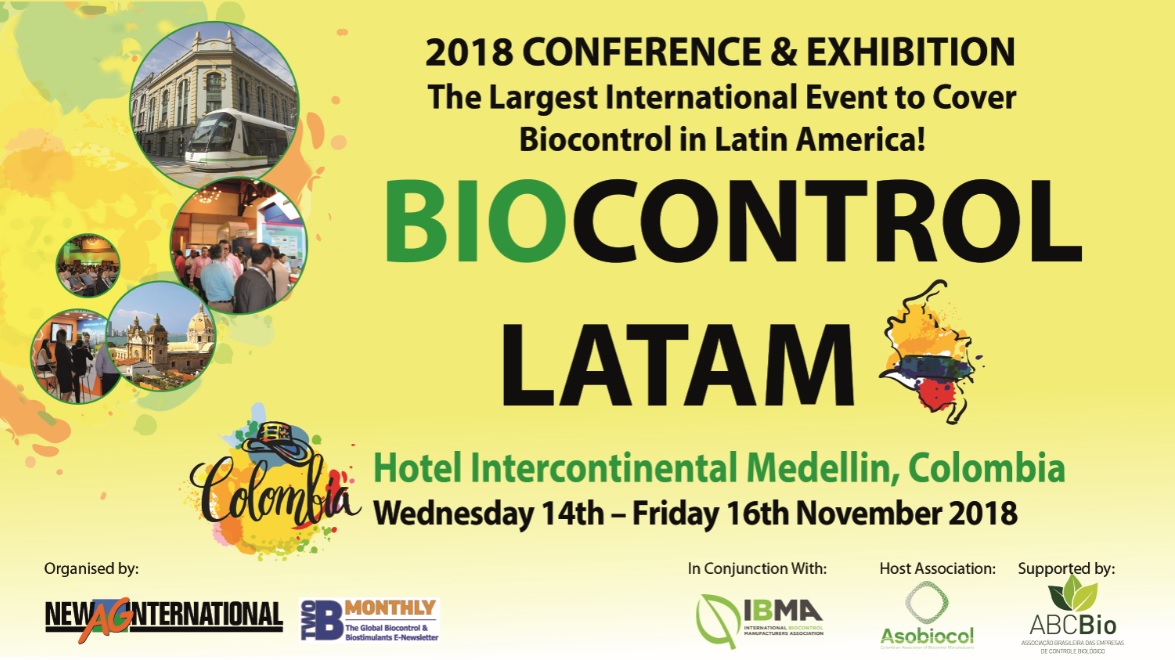 After the successful Biocontrol LATAM 2016, in Campinas, Brazil, the industry is gathering this time in Colombia; a market where biocontrol is actively being adopted with a wide range of crops.

TOPICS to be covered by top LATAM and INTERNATIONAL SPEAKERS:

The conferences will feature speakers from academic, government and industry circles, whose aim will be to promote products and technologies that fit LATAM conditions.

Due to the collaboration of BIOVEGEN with the organisers, BIOVEGEN members will obtain special participation conditions: